Well, 2015 is ending and, surely, I can say that this year was awesome.

First of all, on march, I got married with the most beautiful and amazing girl in the world. The wedding party was awesome, except for the epic hangover I got the next day :P

Besides that, it was a memorable moment, and the beginning of a great year. 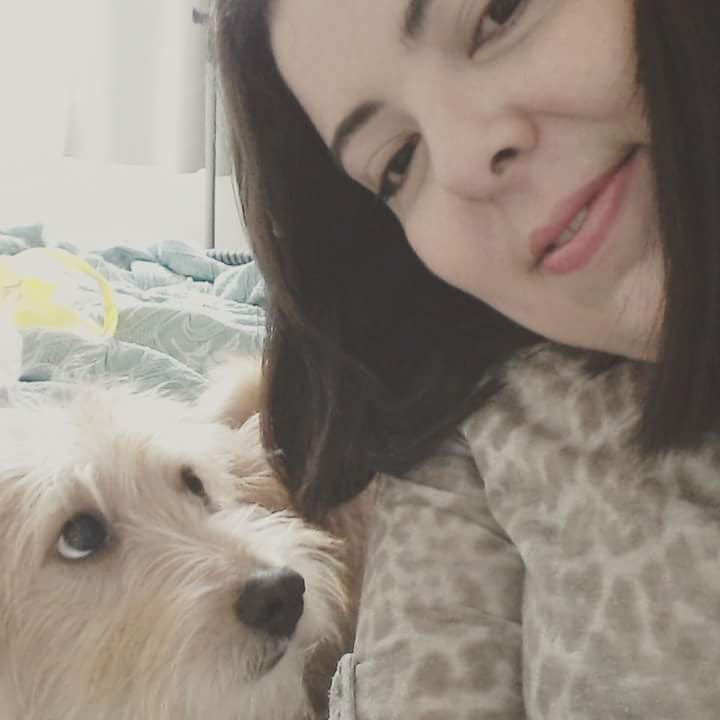 Is it possible not to love this pretty girl?! <3

Right after the wedding, one week later to be more specific, I started working at Zenvia.

There, I found people that quickly went from coworkers to real good friends.

I was in touch with the latest technologies in the market, helping to improve many products with a huge load, and this was a real career boost. 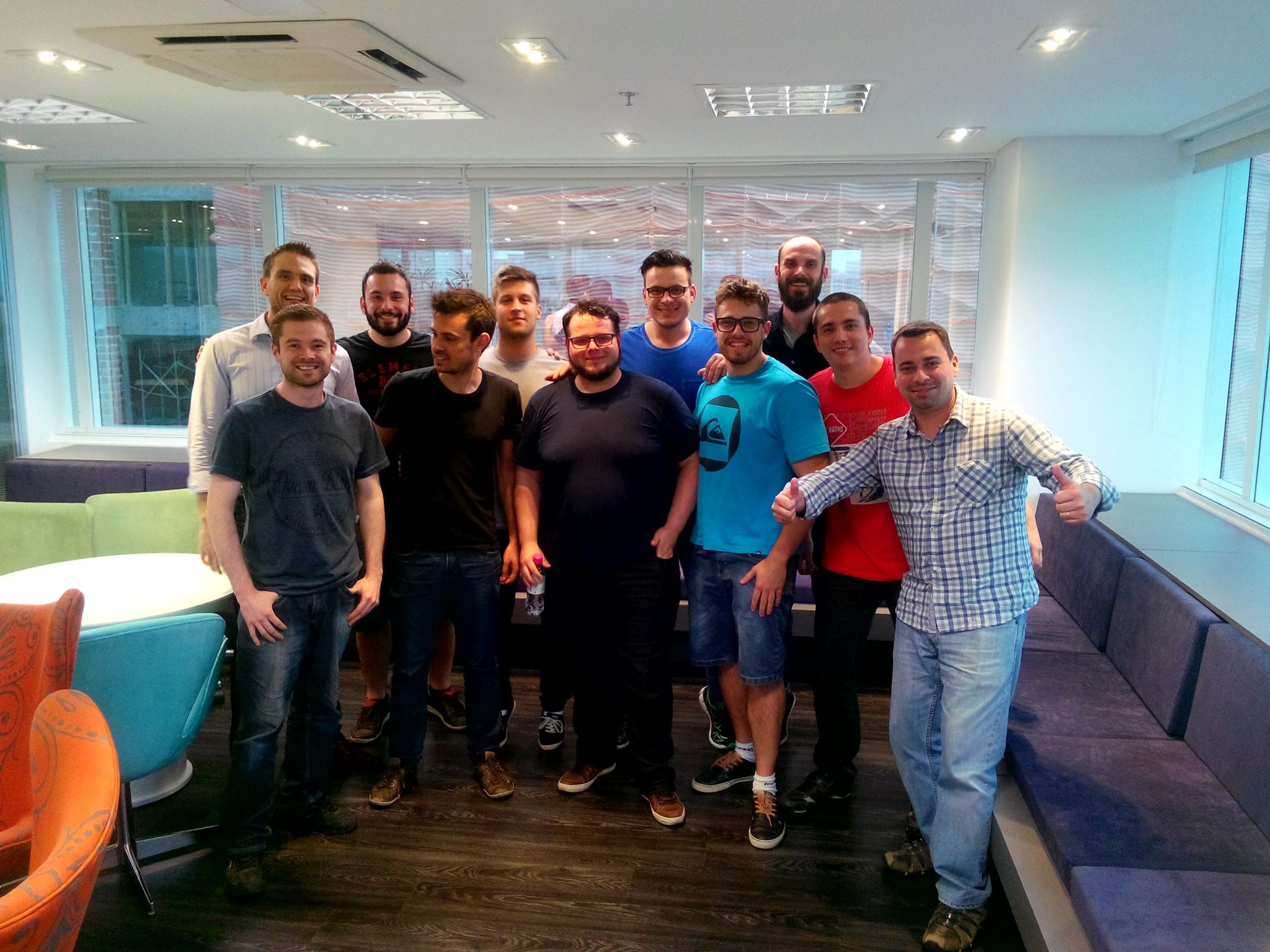 He arrived here as a tiny yellow ball, almost the same size of a tennis ball.

Now, 6 months later, his is bigger than Clementine (our first dog), but the mental age stays the same: a little boy, with a huge amount of energy in a big body, which turned him in to a derailed train :P 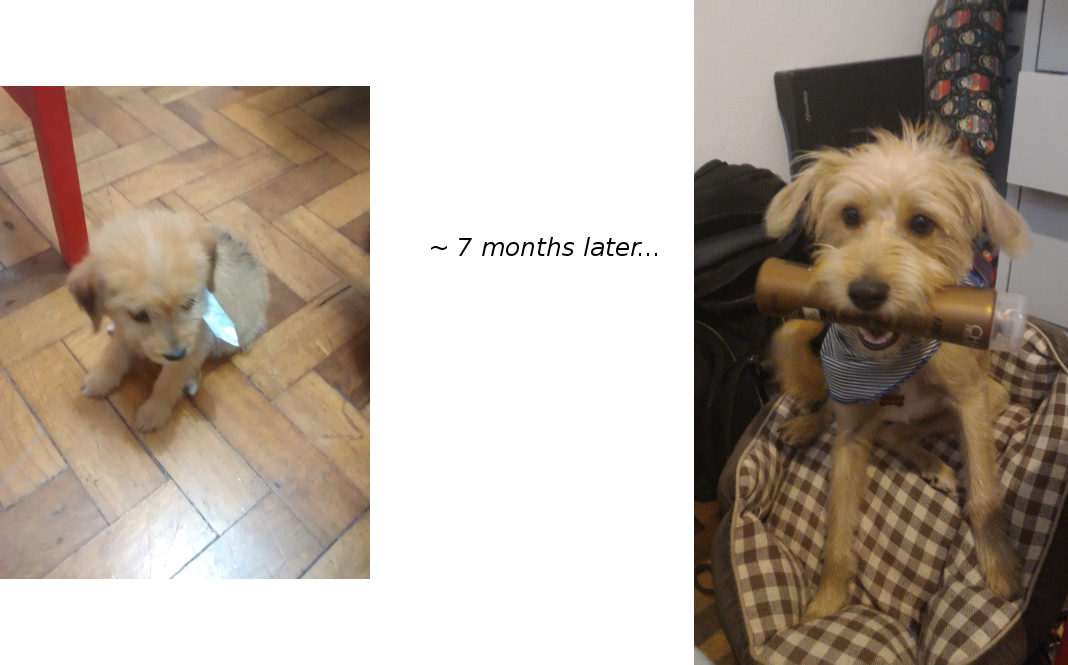 Once again, I have started going to the gym with former Zenvia coworkers.

This lasted for another 3 months, but the goals remains untouched and I will be back in the first week of January. 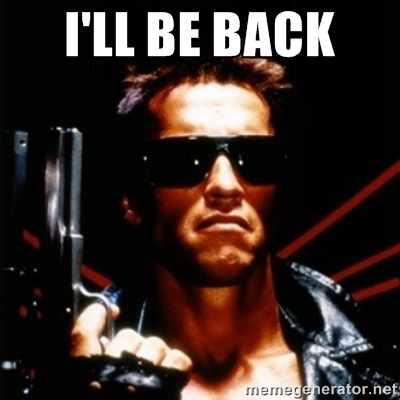 After 8 months at Zenvia, a got a better job opportunity, at Codeminer42.

It was really tough for me to leave a company that I loved working for and leave great people and friends I gained there.

But I was blessed with Codeminer42 as well, because I found amazing people there too.

My first project is to help improve UOL’s Pagseguro Sandbox.

In both Codeminer42 and UOL, I’m working with fully skilled guys, which is improving my technical and interpersonal skills day by day.

Also, I’m having the chance to work at one of the most respectable Brazilian Ruby companies.

So, I can just say thank you for everyone who was a part of this amazing year.

You all are part of all the experiences and knowledges I acquired this year.

Some personal projects weren’t achieved this year (weight loss, specially), but they remain in my road-map.

So, I wish you all the best in 2016, and expect that the new year brings more and more good feelings, amazing people, great projects and everything that makes a happy programmer :)